The history of the Jersey Petanque Club has its origins in friendly games of boules on St. Ouen’s beach, progressing to more challenging encounters on campsites in France and culminated in regular gatherings of enthusiasts at the Old Portelet Inn before the club was eventually established in April 1986.

Four local residents had first proposed the idea for a club in Jersey and through the columns of the local Jersey Evening Post, they encouraged others to join them. A feature item in September 1985 attracted more than 30 like-minded novices to the game and great progress was made in this first season.

The number of regular players swelled to around 60 after a playing invitation appeared in the Jersey Evening Post in April 1986; this effectively established the Jersey Petanque Club as a viable new sporting facility in the island. Indeed, as early as June of that year the club hosted its first international petanque competition as part of the new Festival France-Jersey. 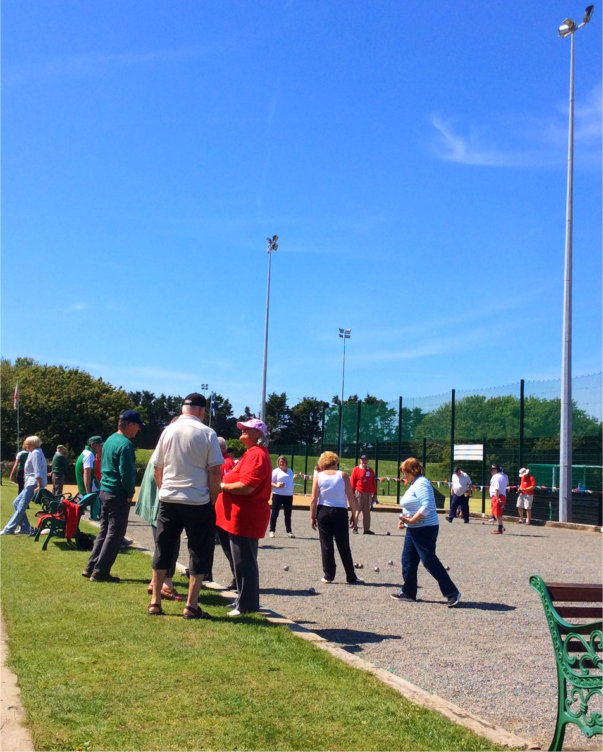 The first annual general meeting of the Jersey Petanque Club was held in October 1986 when the late Gerald Durrell kindly accepted an invitation to become the first Honorary President of the club; Tony Allchurch was elected as the first Chairman with Derek Hart as Club Captain. The petanque weekends with Coutances had proved to be a great success and they would become an annual fixture. It was at this early stage that a Jersey Open Competition was given consideration.

In 1995, the club’s terrains and clubhouse were officially opened, which gave the JPC a purpose built facility which is the envy of many UK and overseas club. In 2003 the clubhouse was extended and is used regularly for club events, competitions and social events.

For many years, the Club negotiated a very successful sponsorship deal with Professional Business Systems CI Ltd who continued their support of the club for number of years. This support was invaluable, allowing the club to undertake regular competitions and build up a supply of boules and other equipment. New sponsors are always welcome!

There are now four other clubs on the Island registered with the Jersey Petanque Association; a club in Guernsey and of course numerous clubs throughout the world.

The origins of Petanque (or Boules) are lost in history. It was probably played in ancient Egypt and there may even be earlier references.

It has certainly been and still remains, an essential part of the social life of every French town and village. The sport is now played throughout the world with national, regional and world championships held regularly.

Petanque can be and is, played on almost any surface and the only equipment needed is a set of boules.

Last, but not least, winning often also depends on a little luck! 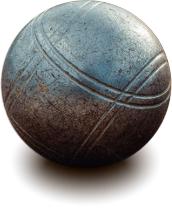 How to Play Petanque

Petanque is played according to the rules of the FIPJP but this abridged set of rules will give a newcomer to the game an idea of what to do and how to do it.

The Club is managed by a Council that consists of the President, Vice President, Secretary, Treasurer, Captain (who chairs a playing committee) and three council members with responsibility for Property, Social and Publicity. All of the Council are elected each November but all members of the club are expected to help in various ways from time to time.

Current members of the Council